Complaints about payday loan companies are skyrocketing – totalling to 17,256 in 2017 alone (which represented a year on year increase of 64%). If your payday lender didn’t fully assess the affordability of your repayments, you may be eligible to make a payday loan claim. To make a claim, you’ll need to complain directly to the lender yourself or, if you prefer, appoint a professional representative company to act on your behalf. Should your lender’s response be unsatisfactory, you’ll then need to lodge a complaint with the Financial Ombudsman Service which has the power to force a lender to compensate you. 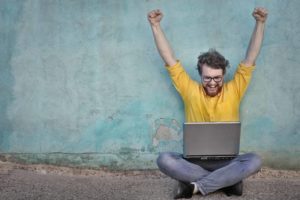 Until a review by the Financial Conduct Authority in 2014, payday loan companies could charge whatever rates they chose, free from any set regulatory rules for assessing borrower affordability. This led to loans being approved for thousands of consumers who couldn’t afford the borrowing, and who shouldn’t have been given the loans in the first place. That said, a piece of legislation (The Consumer Credit Act 1974) did require payday loan lenders to consider “creditworthiness” of applicants. For a long time payday loan lenders said this was different from having to assess “affordability”, so they didn’t undertake the affordability checks they should have. This prompted an investigation by the Office of Fair Trading.

Tellingly, since the introduction of the new rules in 2015, the number of payday loan approvals have fallen by a staggering 42%. It’s also estimated that the cap has resulted in savings of £150 million in fees that would otherwise have been paid by hard up borrowers. In the three years since the new rules, lenders have had to repay more than £300 million in unaffordable lending and fines, resulting in 1,400 lenders closing down entirely.

What is an unaffordable loan?

Unaffordable lending means lending that the consumer could not reasonably afford at the time it was taken out. Lending money without checking affordability is known as irresponsible lending. If you were only able to repay your payday loans by applying for a new loan (either from the same or a different lender), then your loans were most likely unaffordable.

There were no regulatory rules about lending prior to April 2015. However, you can argue that the Consumer Credit Act 1974 required lenders to check “creditworthiness” and that this imposed an obligation to consider affordability.

“the borrower should be able to make the required repayments without undue difficulty, whilst continuing to meet other debt repayment obligations and reasonable regular outgoings”.

Signs that your loan may have been unaffordable include…

Despite the 2015 rules, it seems as though lenders are still failing to thoroughly check their borrowers’ circumstances. Proof of this comes in the form of research into the purpose of payday loans, with 1 in 2 borrowers saying that they took out a loan to cover living expenses, and 19% reporting using a payday loan to cover a decrease in income.  It’s then unsurprising that the Citizens Advice Bureau reports that an estimated 76% of payday loan borrowers could be eligible to make a claim.

Wonga and multiple other payday lenders have previously written off some loans and paid their customers compensation. In this instance, some borrowers of closed loans have already been compensated for some of their loans. However,  in many cases, these refunds were not as expansive enough and we have seen clients go on to win many further thousands of pounds.

How Much Compensation Could I receive

If your claim is “upheld” then you should expect to receive a full refund of the interest and charges that you paid. 8% will be added on top of this to cover interest.

Your payday lender may make an offer of compensation that you can either accept or decline. Should you decline the offer, you’ll need to make a counter-offer as to how much you would accept. Should you not be able to come to an agreement, you’ll then need to refer your complaint to the Financial Ombudsman.

I’ve already repaid my payday loan – can I still make a claim?

Yes, you may still be eligible for a refund even if you’ve completely repaid the loan.

How to make a Payday Loan Claim

The Financial Ombudsman Service is a government-run independent body that offers free advice to consumers of financial products. They oversee research, take legal action against lenders and handle complaints.

To complain to the Financial Ombudsman Service, you will need to complete their online complaint process. You can start the process by phoning their free confidential phone line on 0300 123 9 123; text for a call back via 078 6002 7586 or email the payday department on: paydayhelp@financial-ombudsman.org.uk.

Making a payday loan claim: Issues you should be aware of

There are a number of problem cases that simply aren’t worth pursuing, including:

Some lenders are refusing compensation claiming that loans older than 6 years old are ineligible. If your loan falls into this category, make sure you include a note in your complaint to the lender that you’ve only just become aware that you could make a complaint against this from of irresponsible lending. You should also be aware that the Financial Ombudsman will allow you to complain against all loans – including those that are older than 6 years old.

There are four common responses that payday lenders provide that aren’t valid reasons for refusing your compensation claim:

Should your lender respond to your payday loan claim with any of these reasons for refusal, you should still pursue your complaint with the Financial Ombudsman Service.

The Financial Ombudsman Service reports that there are many frequently misunderstood reasons for consumers believing that they can’t make a claim for unaffordable lending. These include:

If the consumer asked to borrow the money, they can’t complain if they are lent it.

Creditors have a responsibility to ensure that their borrower can afford the loan – regardless as to the fact that the borrower applied for the credit.

It’s always wrong to lend to someone who is dependent on benefits or is disabled.

Any individual, with a disability and/or on benefits, is entitled to apply for a payday loan. The question as to whether this lending is affordable or not would be approached in the same way as anyone else.

It makes no sense for a lender to lend to someone who can’t afford to repay the money – so the starting assumption should be that the lending was affordable.

Any and all complaints to the Financial Conduct Authority begin with a neutral position. They do not assume either side is right, and only make a decision when they’ve listened to both parties and gathered sufficient information.

Should You Claim Yourself Or Use a Claims Company?

Why We’re Regarded as Leaders in Payday Loan Claim